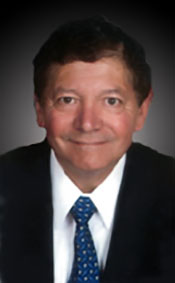 Phillip M. Ramos Jr. is the President and CEO of Philatron International Inc., a natural born entrepreneur, engineer and innovation specialist. He is also known as an innovative genius in the electrical wire and cable business.

As a businessman, Ramos Jr. continues to bring power to homes, offices, factories, and cities around the world seamlessly connecting the world. Channeling power to the OEM market, custom wire and cable, automotive, heavy duty trucking, mining, and military. Holding multiple patents for original products and many items showcased on “As Seen On TV.”

QUOTE: “I love engineering, innovation, and figuring out how to do things better by not jumping through a dozen hoops to achieve what is obvious in the first place.”

In the image of our Creator you people look creative and amazing!

As an entrepreneur and inventor with five patents, I am honored to speak to you about my story about innovative leadership in my company.

But before I start I would like to ask all of you a question. There were five birds sitting on a fence. Three of them had a great idea and decided to fly away to pursue their ideas.

Did you know that only a very small % of people with great ideas actually take action to implement their ideas?

Creativity is the act of turning new and great ideas into reality.

Thinking is imagining a great idea.

Innovation is the producing or implementation of a great idea.

I believe that the success of any organization depends on its ability to create wealth by fostering innovation. Examples of great innovative leaders and their ideas turned into reality are Steve Jobs of Apple and Elon Musk of PayPal, SpaceX, and Tesla Motors.

The key to success in innovation is to know that your idea may fail, but never giving up with innovating new ideas into reality.

Innovation is a continuous process and function of leadership. It requires thinking outside of the box, navigating uncharted territories, and having the courage and inner strength to never give up even when facing overwhelming adversity.

Story number one: How did I start my multi-million dollar manufacturing company with just $168 dollars? I do not have time to tell this story in great detail, but briefly my success was innovative usage of time to create cash very quickly. These are the steps I took in those early days.

Step one, Suppliers: I convinced suppliers to give me credit terms. This required no money.

Step two, The Telephone: I sold and closed many sales orders over the telephone. This was a great time saver.

Step three, Cash: I sold everything on a COD basis. This brought me in tens of thousands of dollars in the bank with plenty of time to pay my suppliers on terms.

And in the first month of working for my self I made more money in one month than I ever did for a whole year working for any organization.

Story number two: Crisis with one of my new invention. In the early 1990s I invented a new Coiled Air Hose for the Heavy Duty Trucking Industry. As you drive the freeways you can see these red and blue coil hoses between the truck-tractor and trailer on big rigs. These hoses are very important to safety, because they supply air power for the brakes of the trailer.

When ever I produce a new product I never copy cat my competitors. I always produce products that are better. So I studied all the ways that my competitor’s hoses failed and I found two major problems. One, none of them held up very well in cold winter, and two, when bent they created a permanent kink which stopped the air power for the brakes.

So I invented and patented a new coiled hose that could withstand cold temperatures down to minus 60 below zero and they were anti-kinking. If you bend them they would just pop open when you released your bend.

I introduced my new invention to the trucking industry in mid January 1991. It was so well received and successful that I literally sold and delivered 43,000 sets in one month. The market loved my invention!

However, my quick success caught the attention of my multi-billion dollar competitors. I was taking away their market share, and they did not like it.

With enormous staff power they lobbied the Department of Transportation and claimed to my customers that my invention was illegal and unsafe, because the Federal Standards stated that coiled air hoses had to be made out of Nylon, and my product was not Nylon. Fortunately, I pointed out that the standard changed and no longer stated that these hoses had to be made of Nylon. Nevertheless my saga continued.

My fight was like David vs. Goliath, with my small manufacturing company versus many giant billion-dollar corporations. I gathered support from the Legal Department of the Small Business Administration, many congressmen, and the White House. My saga was so hot that it was published in the Wall Street Journal, Fortune Magazine, Forbes, and Hispanic Business Magazine.

The final outcome resulted from my competitors emphasizing that my hose could not pass a test from the standards calling for immersion in hot oil at 220 degrees. And they were insisting on a recall of the thousands of hoses that I had sold. A recall would have put me out of business. I argued that my hoses would never be subject to hot oil and the real problem was cold temperature which caused failure of my competitor’s hoses.

The DOT did a country wide investigation and found that the users of my hoses loved it and reported no failures what-so-ever. So no recall was imposed, but due to the pressure of the large corporations and the hot oil test, the DOT stated that I could no longer market my product in the USA.

The bottom line of this crisis was that I survived the overwhelming onslaught of the giant corporations and stayed in business.

In 1999 I sold 100,000 of my Tiny Tiger mini jumper cables to Wal-Mart. My Tiny Tiger jumper cables are used to jump start cars with dead batteries, and I especially designed these with tiny clamps for women’s smaller hands, and Tiny Tiger are so small that they can fit in the glove compartment of a car. Tiny Tiger was such a good product that it was featured in the "Products to Watch" section of Fortune Magazine.

Unfortunately, about this time our country listed China as a favored trading partner. And with cheaper prices through manipulation of currency, cheap labor, and unregulated environmental standards, China imports caused a lot of the destruction of our country's manufacturing infrastructure.

Thousands of factories closed and millions of manufacturing jobs were loss. Any wire and cable product that was made in volume - such as jumper cables and extensions cords - were replaced by Chinese made products.

At about this same time – since I was very successful in selling high volume of many wire and cable products that were standard off the shelf type products, I decided to invest in more manufacturing equipment and added a forty thousand square feet facility.

Then almost like just over night, my high volume sales stopped. I found that we could not match the prices from China. Factories that tried went bankrupt. It was so bad that none of my machines were running and you could hear a pin drop in my factory.

But I had a problem! As a small manufacturer we did not have the engineering staff to timely engineer custom cables. It took us an average of three days to get back to a customer with a quotation.

So I invented a new soft ware program - brain storming all the possibilities of the materials, copper stranding, and reel sizes to make custom cables. My implementation of this great idea took me a whole year working almost

18 hours a day taking time off just to eat, exercise, sleep, and pray the Rosary.

Finally, after a year I tested my new program, and to my delight I found that I could reduce the time to quote and design custom cables from three days to fifteen minutes! I implemented this new program, and soon our sales volume of custom products with higher profit margins was matching my previous sales volume of standard off the shelf products. And Philatron success continues to this day as a custom manufacturer.

In closing know that I love innovating and manufacturing new products, but these motivations were not enough for me. I would like to share another little story with you.

With the Grace of God Philatron was found by me in 1974 with $168 dollars. We grew to a certain point and then I got burned out, because it was not fun just making money just for me. And innovating and manufacturing were not enough to keep me highly motivated.

Philatron could be used as an instrument to serve other things!!

After that REVELVATION, I became re-energized and motivated, and since then Philatron has grown to be the largest manufacturer of electrical wire and cables in Southern California.

The Bottom Line is: It is in Giving that We Receive!

God Bless All of You. Thank you!